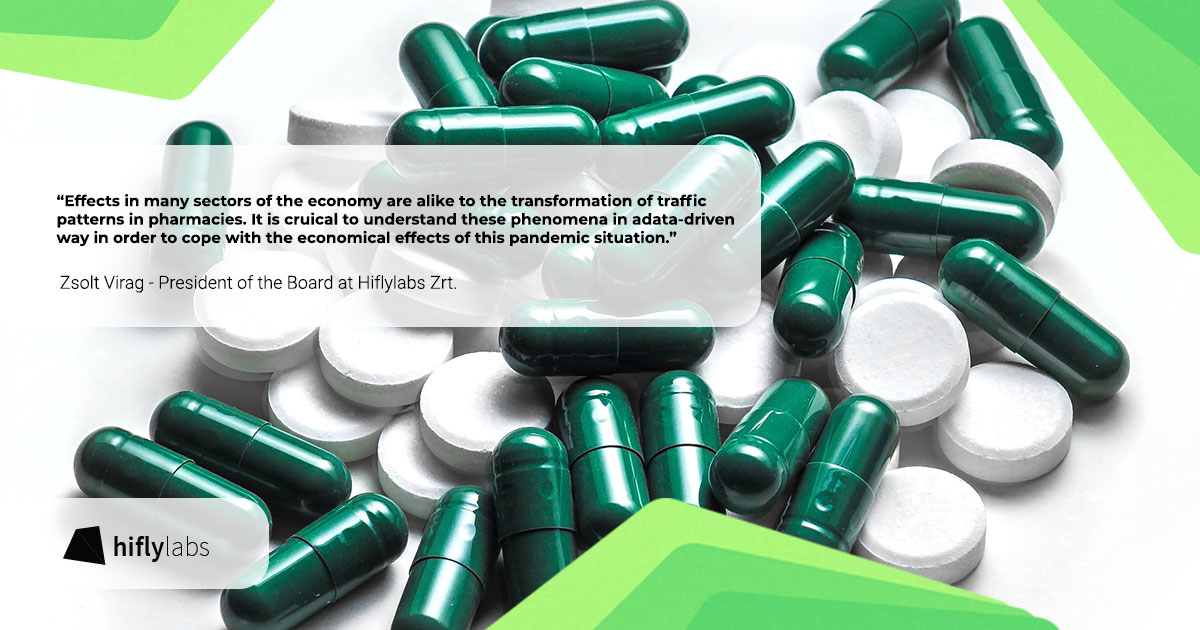 In April 2020, patients bought prescription medicine for HUF 42.7 billion in Hungarian pharmacies, which is 27.8 percent lower than in March and represents a 3.4 percent decrease compared to the monthly average in 2019. However, the turnover of the first 4 months of 2020 is still 11.7 percent higher than the same period of the previous year. 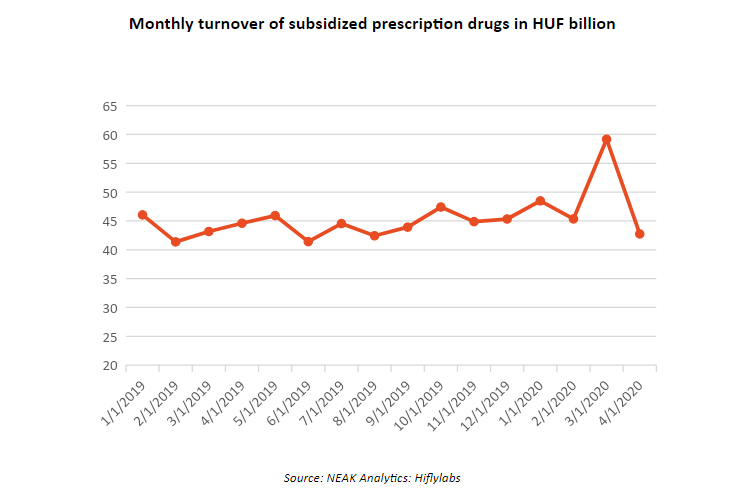 The increase in March was clearly due to the social distancing measures imposed, and as a result, many patients purchased more of particular products than average, since they bought their medicine in advance. The weak turnover in April is even more pronounced in light of the 1.8 percent price increase among prescription medicines over one year. Examining the number of boxes of medicines sold, the turnover in April 2020 is 1.2 million boxes lower than in the same period of the previous year.

However, the decline in April turnover is highly differentiated by the regional breakdown. Typically, the counties that produced the strongest growth in March declined the most. A good example is a turnover in Borsod-Abaúj-Zemplén county that decreased by 29.7 percent and in Heves county by 28.9 percent compared to the previous month. Thus, the data also support that the temporary increase in March was only due to pre-purchases.

Compared to other regions, Budapest and Pest counties seem to follow an unusual pattern, where the agglomeration effect is still dominant. Not only did Budapest grow slightly in March compared to other counties, but the decline in April was more than 30 percent, the highest in the country. The opposite change in turnover was produced in Pest county, where the increase in March was at a record high, but the decline in April was “only” average. Restrictive measures and home office work thus continue to decentralize the distribution of medicines, with the population stuck at home typically making purchases around their place of residence. 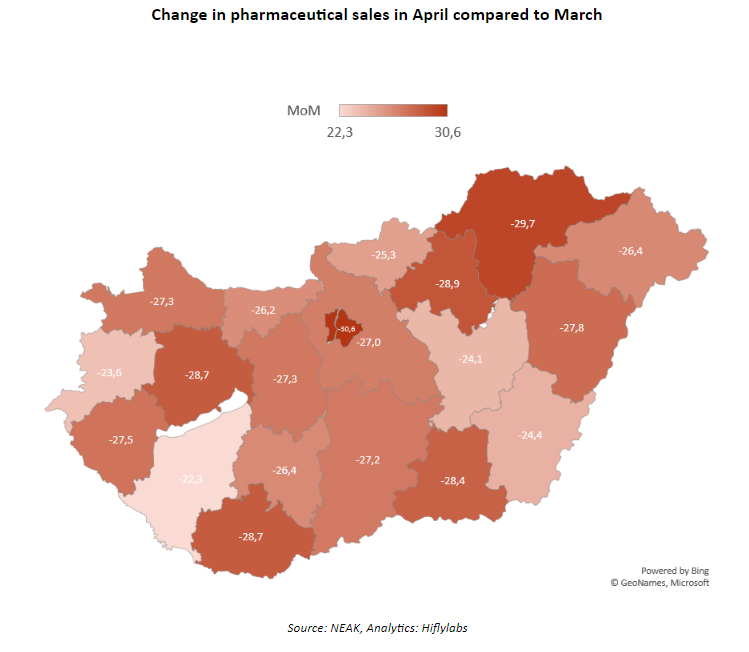 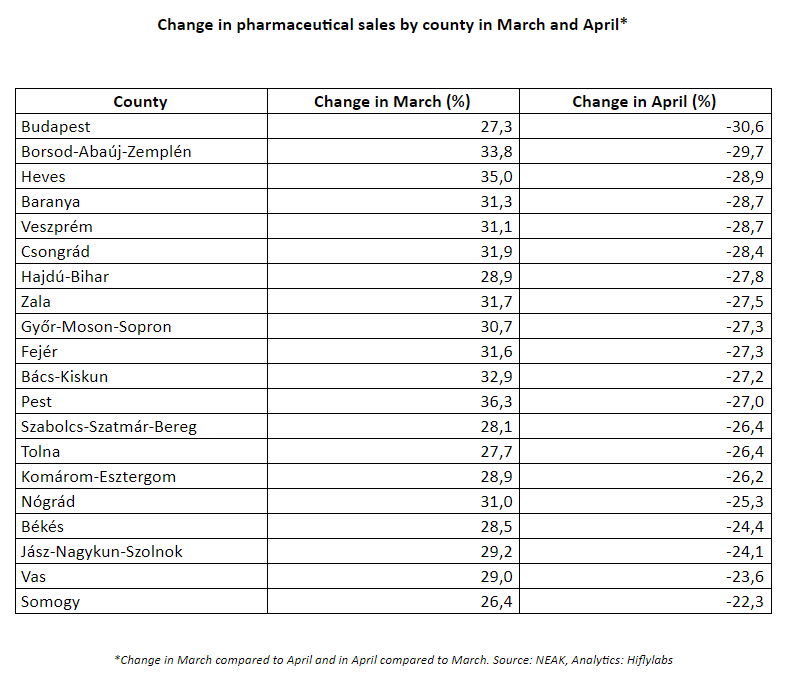 Examining the county turnover for April, Pest county closed even in a positive range compared to the same period of the previous year, together with Somogy and Nógrád counties, all other counties stagnated or declined. Compared to April 2019, the decline is significant in Hajdú-Bihar and Csongrád counties as well as in Budapest. This is largely because a significant share of pharmacy drug turnover in these areas is generated by patients leaving hospitals. Postponement of surgeries, evacuation of hospital beds, and general avoidance of hospitals may have exacerbated the decline in medicine sales in these regions. For Csongrád and Hajdú-Bihar counties, it can also be said that the decrease was largely caused by the decline in drugs used in cancer therapy, which is also partly due to the institutional effect. 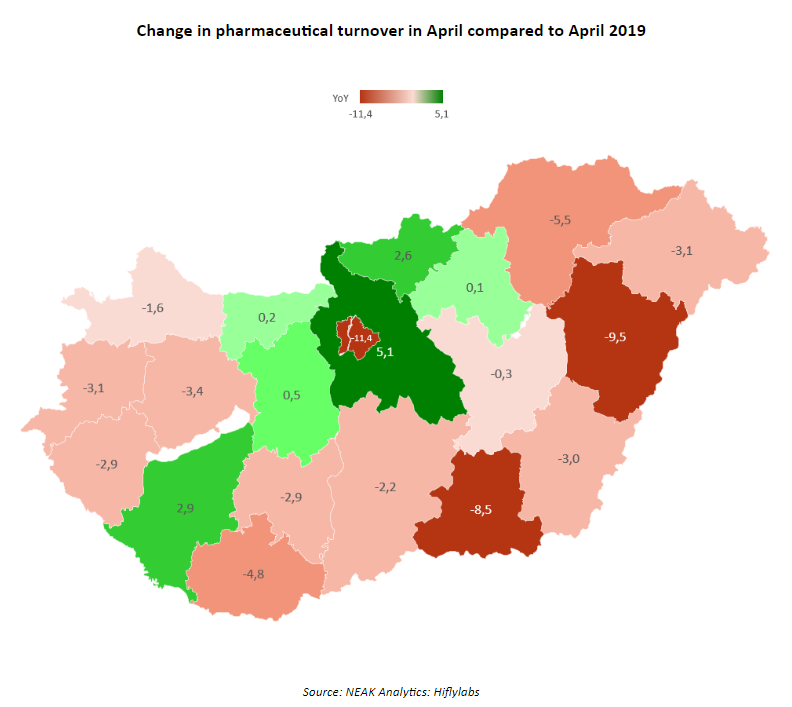 It is remarkably interesting to examine the volume of pharmaceutical turnover per capita. In Hungary, a total of HUF 4,370 of prescription medicine sales per inhabitant was generated in April 2020, but the regional deviation is very high. In Csongrád county, the per capita turnover in April was 45 percent higher than in Nógrád, but in March the difference between the two extreme counties was 51 percent. This also confirms that hospitals have a strong impact on local pharmacy turnover, however, this impact declined in April.

The reorganization of the pharmaceutical turnover also means that the profit performance of pharmacies differ significantly, so that some pharmacies may even be at risk, as it is the case in many other segments of the retail sector. 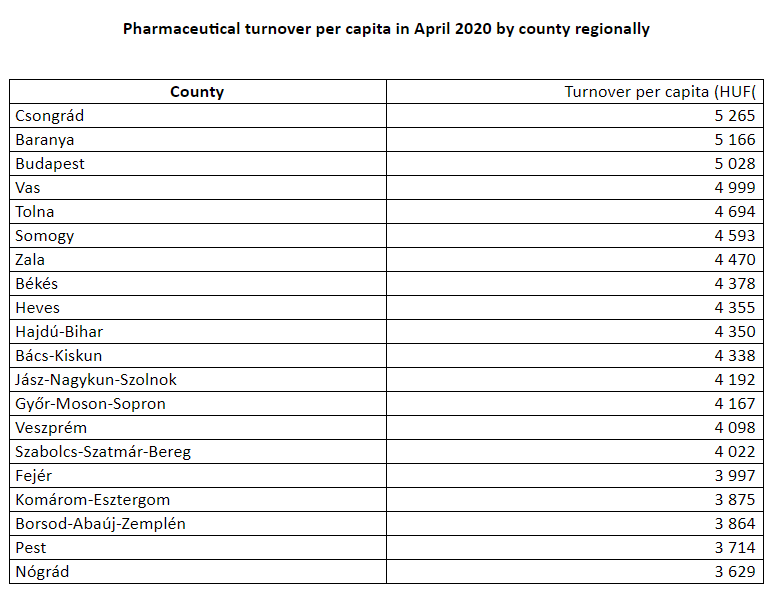 The decline in turnover also varies significantly by product type. Examining the product types, it is interesting that although the decline was strong in the groups that rose sharply in March, insulin preparations, antacids, drugs used to treat asthma, and antihypertensive, other product types decreased even more. This group includes antibiotics, the decline of which is partly due to seasonality, and on the other hand, restrictions imposed due to the coronavirus have limited the spread of other diseases, which may justify a decline in antibiotic turnover. Sales of the urogenital drug category also continued to decline, mainly due to months of decline in sex hormone drugs. 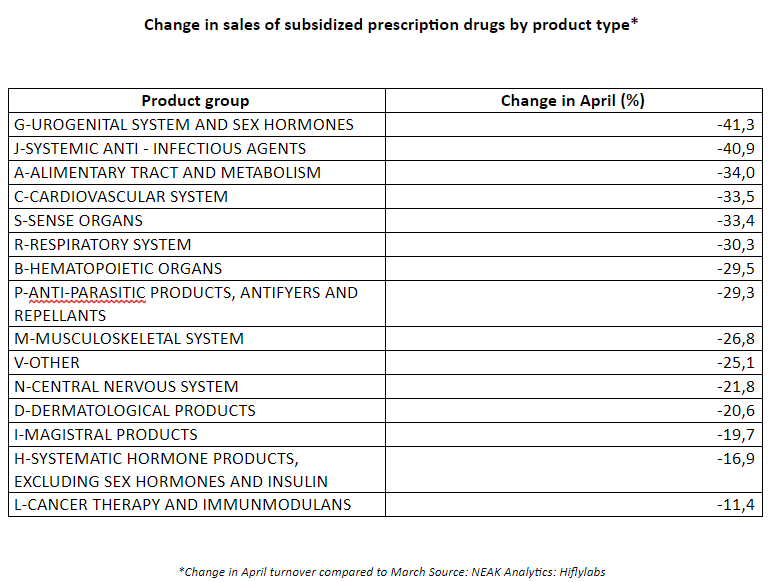 The restructuring of pharmaceutical sales is a good example of the possible consequences triggered on the economy by the epidemic and subsequent measures. Analyzing the data can help identify impacts and predict outcomes. “The coronavirus can worsen certain regions or the micro-environment of certain enterprises, regardless of the sector, and the identification of these factors is a crucial step in the economic fight against the epidemic.” – says Zsolt Virág, President of the Board at Hiflylabs Zrt., the company that completed the data analysis.

Author:
Zsolt Virág – President of the Board at Hiflylabs Zrt,