The ICT sector is the “Covid-resistant” among industries 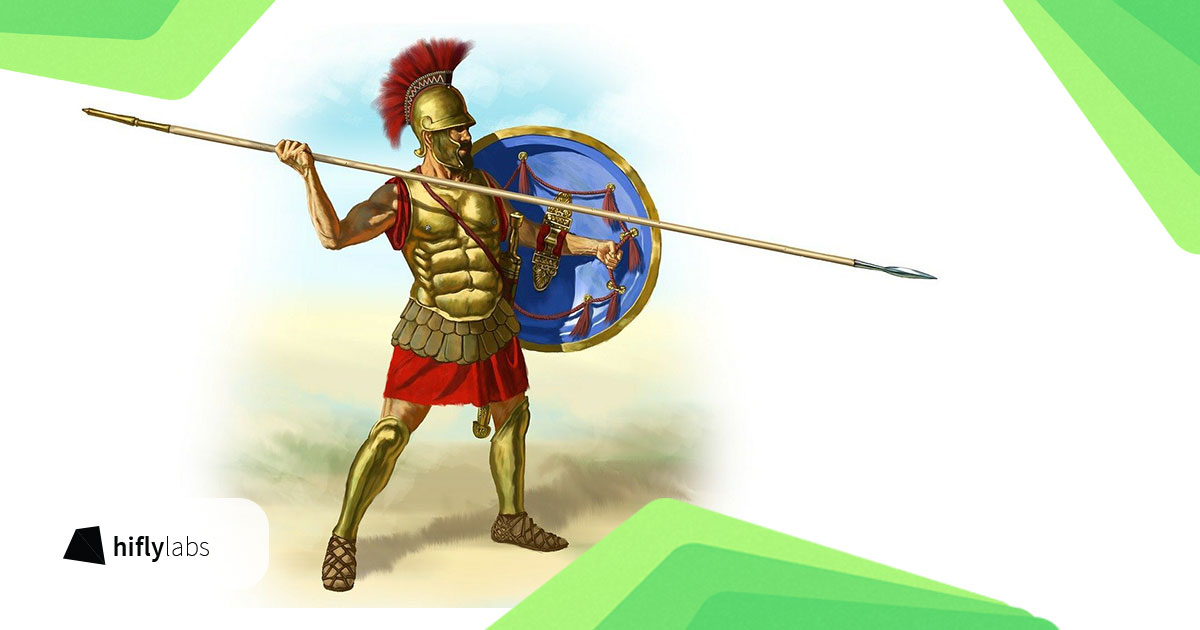 Experts had already predicted at a very early stage in the pandemic that the big winner of the 2020 pandemic could be the infocommunications sector. From a recent Eurostat release, it has now become official that the ICT sector performed best in the first three quarters of 2020. With or without a recession, the infocommunications sector has also increased its economic performance and headcount compared to the same period last year. According to the latest data, the sector may even have been able to increase efficiency by giving the lie to the crisis.

The coronavirus epidemic has caused an economic downturn worldwide, so governments are trying to accelerate the economic by various tools. Despite rescue packages, among the biggest losers of the pandemic so far is the old continent, Europe. In terms of gross value added, European economic performance slowed by an average of 6.8 percent in the first three quarters of the year over the same period last year. The same indicator shows a slightly smaller decrease of 5.4 percent in the case of Hungary (Figure 1). 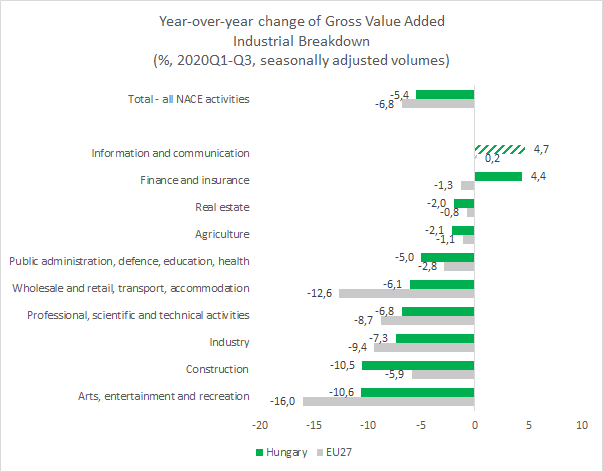 Despite the recession, the infocommunications sector was able to expand by 4.7 percent in Hungary, but even in the member states of the European Union, it has grown by 0.2 percent. Thanks to the digitalization of the sector, the home office option, and the relocation of economic processes to online platforms, the sector has been able to survive in an extremely unfavorable economic situation. According to the data, the Hungarian ICT sector was able to produce much higher growth in 2020 than the average of the European Union member states. This phenomenon can be explained by the fact that the spread of digitalization is still in its early stages in Hungary, therefore, the pace of development is higher. In the case of Hungary, we should also highlight the performance of the finance and insurance sector, the growth of which was 4.4 percent, which is mainly due to the housing loan “explosion” observed this year (Figure 1).

Gross value added: the difference between GDP and the balance of taxes and subsidies on products. This may make the indicator more suitable for measuring “economic” performance more clearly. In other words, gross value added is the difference between Issue (at basic prices) and Current productive use (at market prices). ICT sector: The information and communication technology sector is an economic segment focusing on the role of unified communications, telecommunications integrity, computers and audiovisual systems. Among the sectors of the national economy, the ICT sector is most similar to the Information and Communication Services sector.

The economic downturn has also had a detrimental effect on the labor market. In the European Member States, employment fell by 1.5 percent in the first three quarters of the year than a year earlier. The decrease in the number of employees was larger in Hungary, 2.3 percent fewer people had jobs (Figure 2). 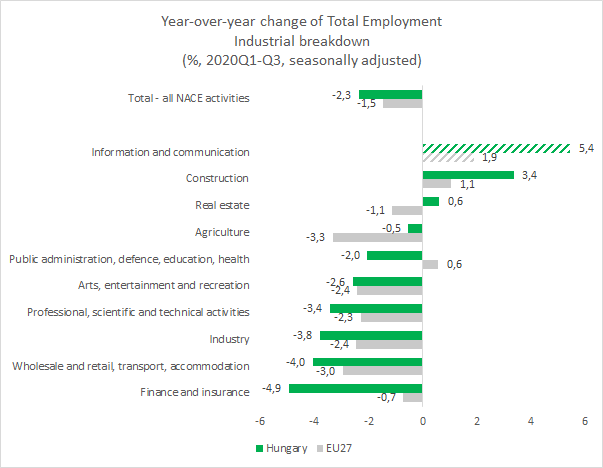 Employed: A person who, for most of the year (according to the Labor Force Survey: during the observed week), worked at least one hour a week in gainful employment or had a job from which he/she temporarily (due to illness, leave, including maternity leave) did not work. Recipients of childcare allowance (gyed, gyes) and pensioners are not considered employed.

Based on the sectoral breakdown of employment, similarly to economic performance, the infocommunications sector was able to increase the number of employees the most both in Hungary (5.4 percent) and in Europe (1.9 percent). The construction industry with long-term orders also performed well in Hungary (3.4 percent) and Europe (1.1 percent). The structure of growth of construction workers may have been extremely detrimental, as the economic performance of the sector declined during periods of increased employment (Figure 1). Results of real estate (transactions) are surprising in Hungary, as well as the administrative, defense, education, and healthcare sectors (all 0.6 percent) in Europe in terms of employment (Figure 2).

It may be interesting to see where we got to the end of the first wave of coronavirus in terms of productivity, based on the latest data for the third quarter of 2020. If we compare the data of the first quarter of 2019 and the latest data of the third quarter of 2020, we can see that the efficiency of work in Hungary decreased slightly, by 0.5 percent. In practice, this means that the same number of employees was able to produce only 99.5 percent of the production on average in Hungary in the period under review. In the EU, efficiency has fallen by an average of 2.3 percent (Figure 3).

Efficiency: Gross value added divided by the number of employees.

The infocommunications sector, as opposed to the economy as a whole, was able to increase efficiency during a pandemic period. In Hungary, the volume of value-added in the sector increased by 11.6 percent, while the number of employees increased by 8.8 percent. All in all, this means an efficiency increase of 2.6 percent for the Hungarian sector. Productivity in the European infocommunications sector increased to a lesser extent, by 0.3 percent (Figure 3)

It’s worth taking a look at the specific numbers behind productivity growth. According to Eurostat data, in the first quarter of 2019, an employee of an average infocommunication company generated HUF 3,078,095 gross value added in Hungary. (The Hungarian average value-added was HUF 2,072,650 per employee, so the value-added of an employee in the ICT sector is about HUF 1 million higher.) Barely a year and a half later, in the third quarter of 2020, the added value per employee was HUF 3,206,000 in the infocommunications sector.

It is true that companies in the ICT sector have been able to increase efficiency, but with lower employment, this indicator could have developed even better. From the dynamically expanding employment data, it is clear that the players in the sector were able to settle for an even higher production performance, which could have been undermined by the unexpected appearance of the coronavirus.